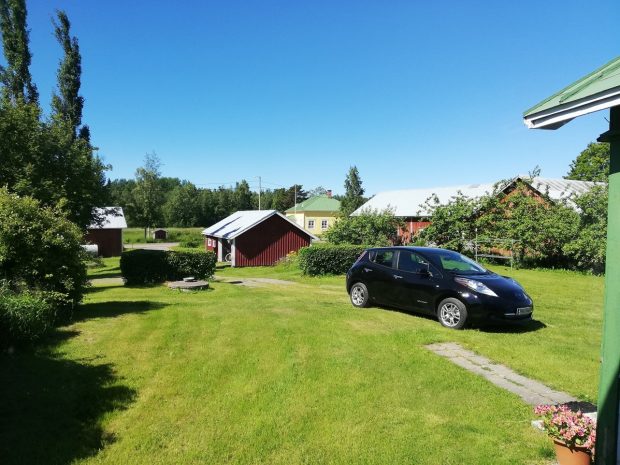 “Circular economy” Master´s course at Metropolia had an amazing guest from Vaasa. Daniel Öster, an electric car enthusiast and a start-up entrepreneur told the students about his passion for EVs (electric vehicles) and his innovation that allows electric car batteries to live up to 22 years, instead of 10 years guaranteed by manufactures. Daniel´s story tells about curiosity, passion, persistence, and a long journey of exploration on the way to realizing his own innovative idea.

“I am a car guy, – told Daniel to the students at his presentation at Metropolia, – and I was excited by Tesla.  What an excellent car, no emission!  But there was one problem, I could not afford it. So, I decided to make my on EV, electric vehicle, from scratch.  For this end, I started collecting old laptop batteries that were thrown away in trash. I opened them and looked at their cells, to see which were good or dead. I continued till I collected 2000 cells, it was enough to assemble my own car. I thought, excellent! I will soon start a zero-emission life!”

Figure 1. Daniel´s garage and his first attempts to assemble his own electric battery out of 18 650 old collected batteries (from own archive).

“Out of the collected laptop batteries, I assembled my first power-bank as a proof of concept. It worked”, – continued Daniel, showing his pictures from the past. 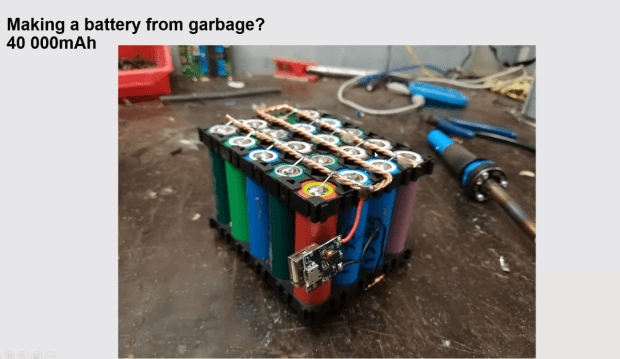 Figure 2. Daniel´s first power-bank assembled as a proof of concept from garbage, 40 000mAh (from own archive).

“It was 2018. As soon as I collected enough second-hand laptop batteries, I went to netti.auto and bought a very cheap e-car. It was a fully electric Nissan “Leaf” manufactured in 2015. The seller was very optimistic (he owned it for 1 year), while I myself did not know much about e-cars yet. I thought, the battery would most likely need a bit of a face-lift… But it was a much bigger disappointment. My new car could only ride for 25 km! (instead of 125 km shown on the tool bar). What could I do? I was truly devastated. You can imagine how it felt. I just spent over 10 000 euros on something that I could not use. After contacting the local dealer, it felt like I did a horrible mistake. Nissan suggested to replace my old battery for another one for 10 000 euro. Oh, gosh!..” – remembered Daniel about his first steps of having an electric vehicle.

“I was used to having internal combustion engines, and did not expect this kind of difficulties. But I was determined to have my electric car!” – told Daniel about his brave decision.

“Being an engineer by education, I downloaded the app and checked the state of my battery. It was evident that only 2 elements of the battery were low. That was good news. I decided, if I could fix them, I am saved! I deconstructed the battery – and voila! – I fixed my battery! And it worked! And my car could ride for 125 km just by fixing these 2 elements! – and everyone whom I spoke about it could not believe it. How could it really be so easy? People started saying, Daniel you should start a business about it. And I did!” 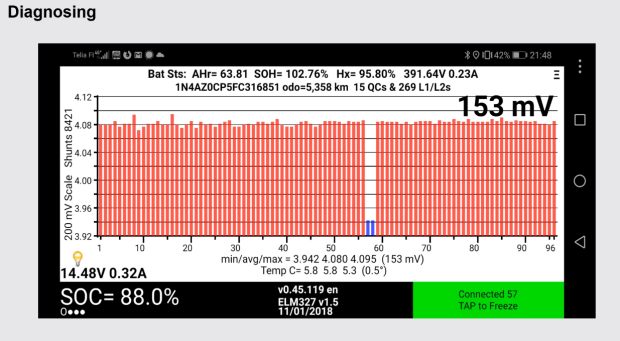 Figure 3. First steps in battery diagnostics; two elements of the battery are down while the rest are functional (from own archive).

“But let´s say first about the combustion car engine (traditional). The normal engine has many rotating powers and only convert about 30% of liquid energy to movement. To be able to convert it, the traditional engine has more than 2 000 components!  As a result, it needs a lot of maintenance, or it will die prematurely,” – explained Daniel the difference between the combustion and e-car engines.

“In the e-car engine, however, there is only 1 rotating part!  It means, there is no need for a periodic service, and it turns 90% of energy into movement! So it is a truly unique solution! (Yes, the initial price is high, but in the total cost of ownership it is much cheaper)”.

“Although the solution itself seems to be perfect, there was a practical problem related to my old e-car. For example, in Vaasa, where I live, there is little e-infrastructure (in other words, e-charging stations where I can recharge my e-car). It means I needed to stop quite frequently to charge it. So, very soon after fixing my 2 elements, I started wondering if it could be possible to put a bigger battery into my car? I investigated this problem and purchased a bigger battery from the car scrap, from Norway. It was actually the biggest old e-car battery available. Nissan and all literature would say it is NOT possible (companies do not want people to put bigger batteries). Luckily, since I was Wärtsilä employee at that time, I had wide networks of excellent specialists to consult. It took me many nights to do trouble-shooting – and compare new batteries and old batteries – and making tables comparing them, with graphs and calculations. The software was the most challenging part. Finally, I had found how to communicate to the battery via a CAN-bridge and it was a success! I managed, first, to upgrade my own EV, so that it could go 300 km. It felt so great! No more anxiety that I would get stuck in the night somewhere! And later, I turned it into a service offered by my own start-up,” – told Daniel about the development of his business. 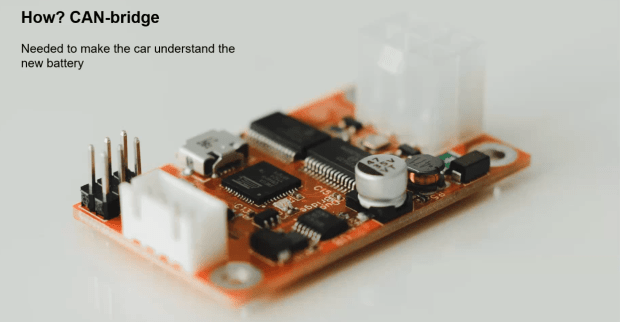 Figure 4. A CAN-bridge that provides communication to the battery. Daniel needed to understand how to make this part and the battery to “communicate to each other” (from own archive).

Daniel feels very proud. “By now, I have done 8 successful upgrades myself and also sold hardware, so that my customers can do their own upgrades. I have 45 customers by now who upgraded their batteries themselves using my hardware!  These are not many people, as reverse engineering battery upgrade requires considerable efforts. But I promoted this knowledge. Also, those who cannot do it themselves, can ask for my services,” – tells Daniel about his current situation.

“These e-cars that I am serving with my skills and hardware are already over 10 years old. It means my services relate only to these early adopters. At the time of their production, the batteries were not that advanced, and these cars would otherwise be discarded into waste. So, I am happy that I am doing a good thing! Manufactures want to you to drop such cars instead, but why?” – argues Daniel explaining how he can considerably prolong the life cycle of both, the early e-cars and their batteries.

Based on his experience, Daniel calculated that the batteries that are considered as “end-of-life” by manufacturers (with still having 70% of original capacity!) with the help of his services can be used for much longer, up to 22 years as Daniel projects. Moreover, when they become worn out even further, Daniel figures out how to continue their second life in various stationary installations, such as power-banks in individual houses. The story about installing “old” e-car batterers in private houses continues after the picture. 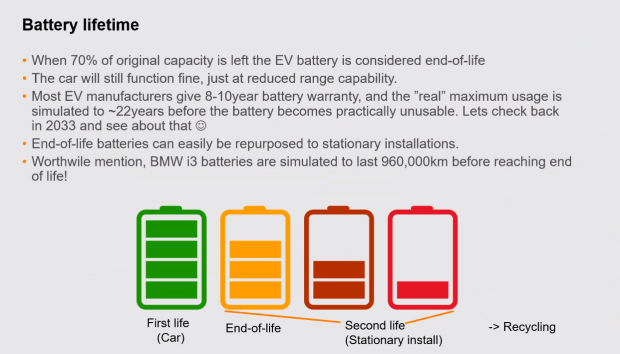 Daniel continues: “I was very excited about my findings. Just think about it!  Batteries that are considered “dead” still have about 70% capacity. EV manufacturers give 8-10 years guaranty before reaching “end-of-life”. But I have proven that early technologies are still good even after 10 years after the upgrade! That was my initial insight. After that, I was faced with another practical challenge. As a result of my experiments, I ended up with a lot of batteries. I faced a question, what to do with them?”

“I decided to try and use these second-life batteries with private individuals and install them into own houses as power-banks. Nowadays, individual households can produce own energy via solar panels, for example, of other small-scale energy technologies. But it turns out to be not cost-effective to sell the excessive power generated by own solar panels back to the grid. It is more efficient to store own energy and then use it later. In other words, private household can basically earn more money by using own energy, in case they have a battery for accumulating it. This is how another idea for using old batteries emerged,” – explained Daniel his innovative idea that sprang from his initial service. The picture below shows a typical customer case for a power-bank.

“This is still a very recent idea. One year ago I sold the first set of batteries, and now – 1 year ago – the customer came back to me and bough another set, and now he is fully off the grid! He uses his own energy. (Importantly, in this second life, the old batteries are expected to still stay active for another 10 years),” adds Daniel and demonstrates how the power-bank looks like. “For this purpose, you do not need to have fancy batteries, just old batteries will do”. 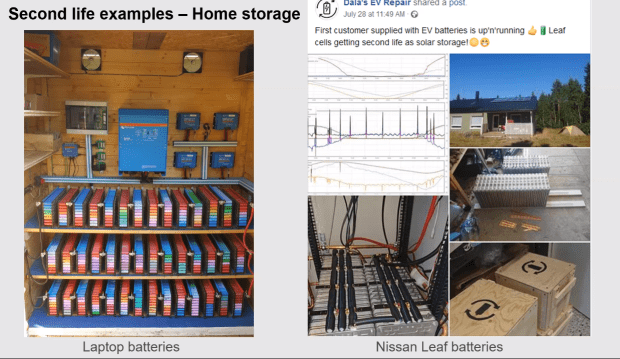 Figure 6. Power-banks made of old batteries for use in individual households, showing the used laptop batteries assembled onto a power back (on the left picture) and the old Nissan batteries (on the right picture), both living a happy 2nd life (from own archive).

Daniel says that there could be many more ideas for the second life solutions for old electric car batteries. He shows pictures of the other use cases for Nissan´s “Leaf” and Tesla´s old batteries:

This inspirational example of Daniel´s innovations opens a truly new avenue for re-use of car batteries. Daniel´s proposals allow to keep car batteries out of the waste landfills for tens of years.  Moreover, they manage to create new value by facilitating effective energy use. Such proposal directly contribute to  improving sustainability and heading for circular economy.

Daniel adds that, when he hears concerns about the challenges related to the manufacturing and recycling of old car batteries, he always wants to remind about the great advantages and a truly huge potential provided by electric cars – from reducing the fossil fuel consumption, cutting emissions and reducing noise, to many other striking features of electric cars.  His message to the world is that the electric batteries can live surprisingly long! And Daniel wants the humankind not to throw away the electric old cars and batteries, but to re-use them wisely and find other benefits in this great opportunity.

The story is presented by Daniel Öster and written down by Zinaida Grabovskaia, Master Degree Programme in Business informatics.

Daniel Öster – an electric car enthusiast, a former Wärtsilä engineer and now Kempower expert, and a start-up entrepreneur and founder of “Dala´s EV Repair” who participated in the “Circular Economy” course at Metropolia. Daniel develops his innovative ideas around electric car batteries. Daniel has developed a technology to upgrade the early generation electric car batteries that allows to radically extend their life. He is also active in disseminating his knowledge about re-use of batteries: https://www.youtube.com/channel/UCc3g-KhOBoicgOrB4KkMeew  His most recent idea relates to re-using the old batteries as power-banks for energy storage in private households. Daniel lives and works in Vaasa, and continues to generate innovations inspired by versatile use of electric car batteries for various businesses. 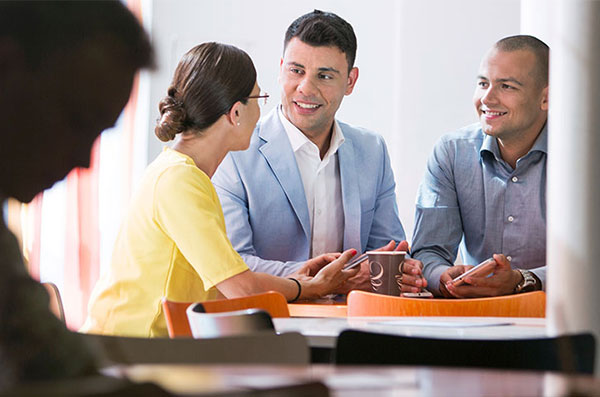