Is it all about happiness? 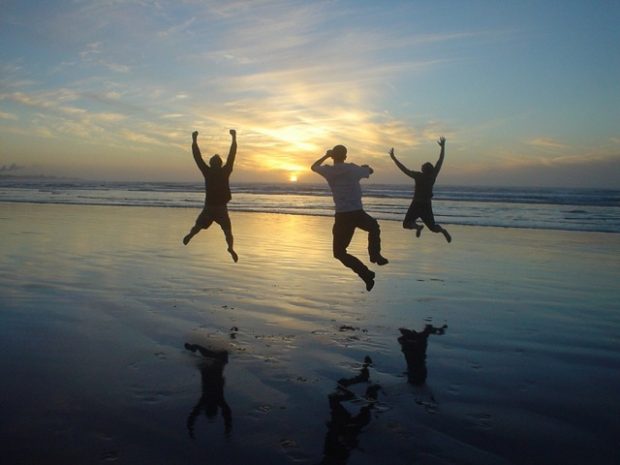 Migration is by no means a new phenomenon. Many Finnish families have their own American cousin or a Swedish aunt with interesting stories. Migration thus evokes many feelings as a historical phenomenon. I was very pleased to be able to participate in Migration conference 2017,that was organized this year in Athens, Greece.

Is aiming at happiness an underlying factor in migration?

Saskia Sassen, a Dutch-American sociology Professor at The University of Columbia, has widely examined globalization as a phenomenon.  After Sassen´s keynote speech, all in the audience understood how multidimensional phenomenon migration is. Her research concentrates on the underlying governmental issues that are the hidden factors causing the basic reasons for migration such as wars and religious conflicts. Yet, the main reason for people leaving their home country seems to be hopes for achieving better life that the home country is not able to provide.

In Athens, it was easy to reminisce the philosophies of the ancient era. Even Aristotle indicated that a good life is achieved, when a man can use his abilities and capabilities for the society he feels connected to, and when he feels of being a useful member of this society. Unfortunately, while walking on the streets of Athens, I was forced to face the immigration crisis of 2015 in Europe in its real terms. This tragedy of the immigration overflow, is something you can still witness today. Having a good life and achieving happiness seems an unreachable quest for many living on the streets. It seemed paradoxical that I have just learnt about different research results on which factors increase the risk of violence among immigrants such as insecurity, uncertainty and hopelessness as I could see these feelings in people’s eyes when walking back to my hotel. How do different countries relate to immigration?

Nelli Esipova from Gallup World Poll, had a presentation on immigration acceptance in different countries. The research focused on presenting a research setting, in which the acceptance index in the world was set as 5,299. The acceptance index included 164 countries and 1,7 million interviews among adult respondents. The research was conducted in USA in 2017 and in the other research countries in 2016. Among the top ten countries that accepted the immigration the least were e.g. Estonia (2,37) and Hungary (1,69). Among the top ten most accepting countries for immigration, the Northern Countries were represented as Sweden scored 7,92 and Iceland 8,26. Finland scored 6,58, which was above the World and also the European index.

According to the survey results, immigration acceptance was higher on a personal level among those, who know immigrants personally, and acceptance was increased with other factors such as having a degree in higher education, living in an urban environment, economic status and belonging to the Z-generation. In EU countries, it was especially noted that opinions were also formed based on the interviewer’s positive emotions and social ability.

If a good integration is based on happiness and in experience of having a good life, how can we contribute towards this feeling among the immigrants?

Immigration is portrayed in the European media more through tragedies than through success stories. The media has a significant role in forming attitudes and in shaping the attitude among the general public. “Close the borders” and “Isolation” strategies have never been sustainable solutions on immigration based on research results and historical evidence. On the contrary, immigration is also proved to bring out many positive socio-economic possibilities.

Being a member of a community, feeling of being part of something bigger, and finding your life to be meaningful have proven to increase happiness and well-being according to various research. We aim to reach these factors also in our services for immigrants at SIMHE-Metropolia. When planning our services, our vision was to include our customers in developing the service concept and that we create such services that we would like to use if living abroad as immigrant by ourselves.