Can you see it more clearly now? 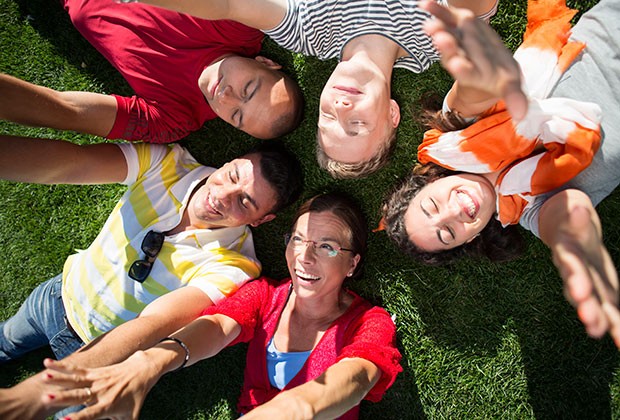 SIMHE-Metropolia services has now reached its next step – or even two of them – in making the Finnish education and higher education system more approachable and understandable for the immigrants living in Finland. We launched the monthly Guidance Generalia lecture series in June and now, after the round two in the end of August, it is time to evaluate the outcome.

Don’t you Know, it’s all so simple from early day care to the doctoral level!

Guidance Generalia lecture aims at unravelling the mysteries of the Finnish education system and how to enter in the higher education in particular. The lecture is open for anyone and is advertised on SIMHE’s For Immigrants website and through other networks. We are also introducing guest speakers this autumn from many relevant arenas such as TE-office, National Board of Education, Kela for Finnish Social Security System and so forth to help people to make the most of the events.

For us, who have travelled through the system from early childhood day care to the higher education, all is very smooth and clear; this is how the story goes and we take this highly praised system for granted. However, for those, who come from the outside, it may come across as foggy and almost unreal: there are free meals in the primary and secondary levels of education and what does it even mean to have a dual model in the tertiary level?

The first ever Guidance Generalia in June, set the mark for what we wish to reach. We have a service promise to master the lecture in Finnish and in English, simultaneously. It is even possible to have an interpret on our expense, if there is enough demand for additional languages on top of these two.

The limits of our language were certainly not the limits of our world as the June lecture was managed in Finnish, in English and in Arabic with the help of an interpret. Or, perhaps, it was muddled through as having three different languages made it feel like being in an international airport at times.

The message went through to the twenty something participants, even though them, the interpret and I were mopping sweat from our foreheads after two hours of intensive schooling. However, as we are able and capable to develop, the August lecture introduced the renewed state of the affairs with a new set of slides to help to overcome the language malarkey.

We are in this together

August setting was thus thoroughly planned and the session welcomed yet again some thirty participants. This time we were lucky in terms of lingua franca as all participants were able to follow the lecture in English. We managed to create a very reciprocal way of making the education system more familiar to the participants and the lecture passed by with many questions, comments and remarks. Participants were very pleased that someone offers such services just for them and for their needs.

We were also happy to invite the first guest speakers, Bayazidi Saeed and Ahmad Moussa from Uudenmaan TE-Office where they work with highly educated immigrants to support their employment. Mr Saeed and Mr Moussa explained the role of TE-office in supporting education for immigrants during and after their integration program period. They gave an invaluable insight into the TE-office services for independent education.

Guidance Generalia has proven to add up substance to SIMHE’s service palette. It is also a very good forum to meet up with people to tackle questions that are general to all. Additionally, it enables us to reach those who need more personal support in their individual quest in the Finnish education system.

The next session will take place in September with a guest speaker from the Finnish National Board of Education who will tell us more about recognition of international qualifications in Finland. We are also expanding our horizons as the lecture will be simultaneously streamed to participants in central Finland in cooperation with SIMHE-Jyväskylä and JAMK University of Applied Sciences.