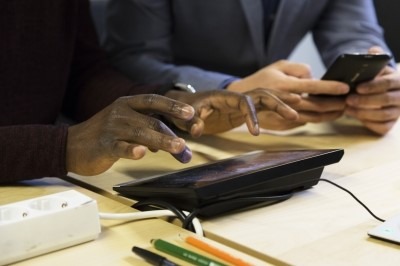 Supporting Immigrants in Higher Education in Finland (SIMHE) assists higher educated people with immigrant background in finding suitable education and career paths through guidance and by recognizing their competences.

The main title for the blog, Various Variables, describes the diversity and complexity of the phenomenon at hand well. The etymological background for the words various and variables can be traced back to mathematics, where functions of various variables are often discussed. Currently, many functions are being made to handle these various variables we have faced through immigration and getting accustomed to the changed circumstances. This blog has not yet equated mathematics into its topics, so now it’s time to make a change!

Mathematics is a universal language

One part of the SIMHE services is recognizing competences that has been acquired through prior studies and work experience. This helps the customer in finding suitable supplementary education. People from different countries have different kinds of education and career backgrounds, which contributes to several challenges in recognizing their competences.  Language barriers and cultural differences also play their part in these challenges. In the beginning of recognizing competences, it is the easiest to focus on areas that are shared globally and needed in several educational fields.

A prime example of these universal fields is mathematics, which is a central part in the field of technology all over the world. The language of symbols in mathematics remains mainly the same compared to the spoken language that tends to change when moving to a different country or region. It was decided that mathematics would be a part of the first pilot project of recognition of competences within the SIMHE project.

Tasks that demand complex verbal descriptions were left out at this stage to avoid language barriers and a burdensome translation process. Instead, this test included tasks in which the language of symbols in mathematics is enough to understand the tasks as well as short expressions such as “simplify the expression” or “solve the equation”. Unfortunately, this approach does not measure the most essential competences needed for working as an engineer. These competences were measured in other parts of the test.

Preparatory education for people with immigrant backgrounds has been organized at Metropolia already years before SIMHE was founded. This education helps students develop for example their linguistic and mathematic knowledge as well as digital know-how to meet the requirements for higher education. The aim of the education in mathematical subjects is to prepare for the entrance examination in the field of technology and transportation at universities of applied sciences.

The task series used within the SIMHE project were also applied in the preparatory education for immigrants in autumn 2016. However, the topics were broadened to also include applied functions, and the tasks were completed on a digital learning platform. The first test run by SIMHE was organised using only pen and paper to avoid technical issues. A view of the learning platform. The automatically graded task is made using the STACK plug-in in Moodle.

20 students who participated in the preparatory education for immigrants this year, had a relatively homogenous educational background. Only a few of them have a higher education degree, whereas most have completed their studies in the secondary level. The age in the group ranged from around 20 to almost 40 years of age, while the average age was around 30.

Despite knowing mathematics before, it can be difficult to solve a more complex task after a long break without solving basic arithmetic calculations. This has also been proven to be true both when recognising competences as well as in preparatory education for immigrants. The results in mathematics in the first test of recognising competences were not on the strong side. However, when collecting feedback from the test, many of the participants suggested they would have done better in the test after a short revision. They have mastered mathematics before, but have forgotten the details for now. Some participants aired the same thought during the test.

In this situation it is comforting that a very short revision and refreshing of the memory is sufficient in recalling earlier competences. This probably does not only apply to mathematics but also to other fields, which is good to keep in mind when planning how to recognise such competences in the future.