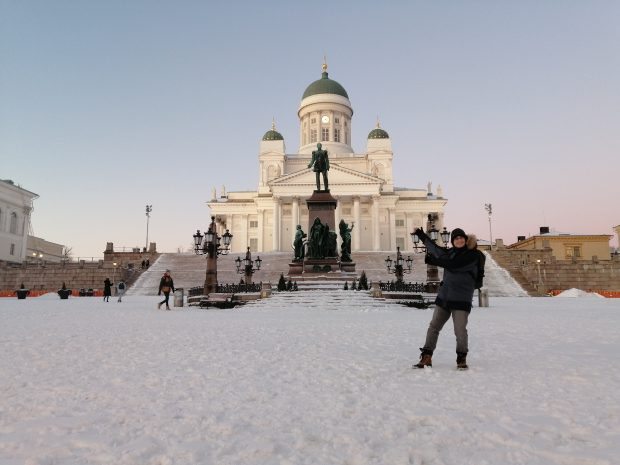 Bence Márta did his exchange semester in Metropolia during academic year 2021-2022 and was studying Electronics in the Field of Technology. He wanted to live in a bigger city and experience a different style of life as he was used to in his home country Hungary where he studies on a bit more rural campus of Óbuda University. Helsinki seemed like an interesting option as it is a big city but still a calm place. On top of this Metropolia offered interesting and fitting courses and his choice was clear.

After the acceptance Bence started to learn basic sentences in Finnish, using for example Duolingo, and read things about the Finnish culture. As the spring semester in Finland starts already in the beginning of January, he had to do a lot of exams for his home country in December so he can come to Finland and focus only on the studies in Metropolia.

Studying in Metropolia turned out to be less stressful than at home. Electronics courses in Metropolia are worth 15 ECTS and like other exchange students, Bence also chose two courses for his exchange: “It was good to have big concepts and focus only on one thing at the time. With the big courses there was no need to multitask all the time”. Students were organizing their tasks independently with the deadlines and teachers were supportive. As Bence had to continue studies home parallel with the exchange, the flexible arrangement also gave him the opportunity to finish the assignments earlier, giving time to do the studies for the home university while still having a decent amount of free time.

The fact the Electronics studies were not only for exchange students, helped a lot with getting to

know some local students. Best things about studying in Metropolia were getting to know some Finnish students on the classes as well as doing group work: “Everybody had their strengths and you could learn things from each other”. In addition to the Electronics studies Bence also studied some Finnish in Metropolia: “It was hard! Luckily there was some similarities to Hungarian. But in the end, I could understand some basics and tried to use it in basic situations”. During his free-time Bence traveled a lot and visited different places, such as Turku, Oulu and Santa Claus village in Rovaniemi. In addition to this he visited the Baltic countries on a trip with other exchange students and also Norway multiple times during organized trips and by himself and was able to improve his language skills. Helsinki Metropolitan area also offered a lot to visit: a lot of parks, Suomenlinna Fortress Island as well as Nuuksio and Sipoonkorpi National Parks. Bence also got a taste of Finland in forms of food like Mämmi, the Finnish Easter specialty, salty liquorice and famous Fazer chocolate. 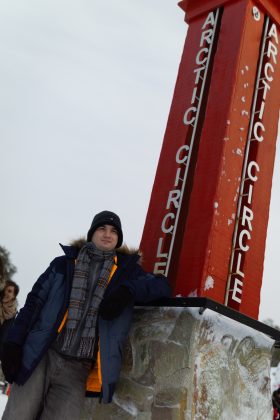