It’s almost the end of the first month of my exchange period, so I thought it would be good time to tell how life is in Copenhagen. So far everything is going really well, and I’m slowly starting to feel like I’m actually living here, instead of being in a really long vacation. Sometimes I already find myself thinking in English which I knew was going to happen sooner or later, but I never thought it would happen during the first month. I think the main reason for that is the fact that I haven’t met any other Finnish speaking people here, so the only times I use Finnish is when I’m talking to my family. 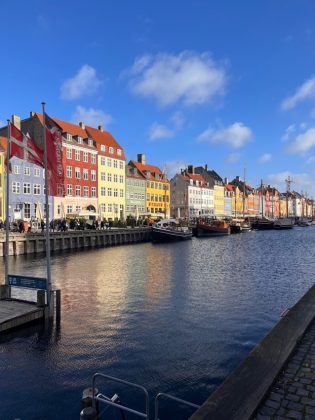 First week here was an orientation week which was mostly about paperwork and getting to know our campus and Copenhagen in general. We got lot of information about how everything works here in case of sickness, what is the easiest way to use public transport and of course about the biking culture. We also had few team building events where we got to know each other little better. In the end of the week our team building event was a Tango lesson, which turned out to be really fun event.

The first few lectures that we’ve already had have been very interesting, even though they’ve had similar topics to the courses I already had in Finland. Getting new perspective on welfare systems by hearing stories from other countries has given a great view on how we handle things at home. And I guess that is one of the main reasons why everyone should consider studying semester abroad. Also the lecturers we’ve had so far have been besides very good at teaching, they have been very good at performing and seemed to be very enthusiastic about the subjects that they are teaching. So it has been exciting to be in classes as well. The teaching itself in here is very similar to Finnish way of teaching. We have lectures which are about different theories and practical examples, guest teachers and few field visits also. We do a lot of group works which is very familiar to me, but not to all of my classmates.

Our campus is KP’s smallest one and the only campus that has students from one degree, so everyone at our campus are studying social work. Besides being a small campus, its also pretty old but I find it very cozy. Student lunches here are a bit different compared to Finland, and they are prized by weight. It’s also a bit more expensive so most of us bring our own lunches to school. Student culture in Copenhagen is very different compared to Finland. Most of our University’s campuses host Friday Bars every Friday in campus which is a great way to meet fellow student from other campuses as well. Some other Universities also host parties during the week at their campuses, but it takes a bit of luck to be able to go there as well. One thing that other exchange students here find interesting about Finnish student culture is overalls and patches and if there’s deeper meaning behind them.

Everything’s going really well and besides going to school we’ve also had time to explore Copenhagen as well and we’ve already visited many beautiful places. During the first weeks we’ve visited some tourist attractions such as Glyptoteket, Nyhavn, Christianborg’s tower and of course, The Little Mermaid. 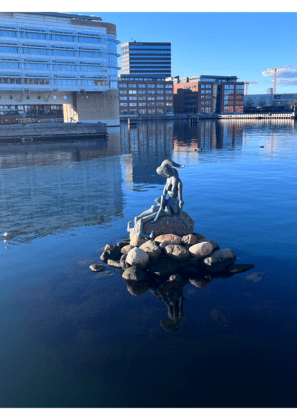 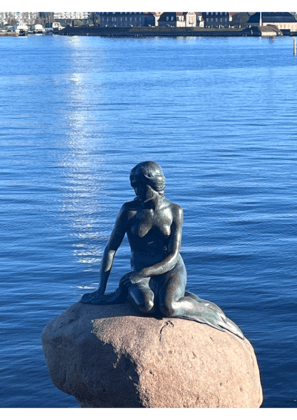 The first month here has gone by very fast but it also feels like I’ve been here longer than I have. Living without Covid restrictions has also been weird sometimes, but mostly liberating. The first month has so far taught me so much about myself and the world around so I’m really looking forward to the next months as well.